As inflation continues to rise to levels not seen in Nevada in decades, experts are examining the causes and looking for reasons behind it.

The Functional Government Initiative (FGI), a nonpartisan organization that seeks transparency in government, has asked several government agencies for information so that the root causes of the high inflation rates can be shared with the public, the organization said in a recent news release on its website. Among the oft-cited causes are the COVID-19 pandemic and the approximately $5 trillion in federal government relief spending as a result. Supply chain issues are another factor, but no consensus has been reached as to why inflation has risen so much.

“A strong economy and a healthy America are goals all Americans share,” McGinnis said in the release. “As we get records back on these key decisions impacting inflation, we will soon find out whether actions of the federal government are aiding or impeding those goals.”

With these requests, FGI is hoping it can bring to light policies that are driving inflation and its impact on Americans. Peter McGinnis, a spokesman for the organization, noted that the dysfunction in Washington, D.C., continues to draw the ire of the public.

“The Functional Government Initiative exists to explore what is driving that dysfunction and shine a light on the key decisions causing it,” he said in a recent news release on the FGI website. “Right now, inflation is front and center in this discussion.” 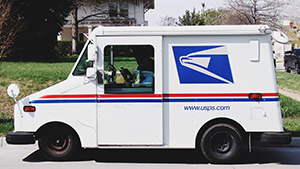 While the U.S. Senate prepares to consider controversial legislation that would reform how the U.S. Postal Service (USPS) handles health care, government watchdogs have released documents that show an “increasingly cozy relationship” between the independent regulator of USPS and lobbyists working to shape the legislation favorably for their clients.

According to a statement from the Functional Government Initiative (FGI), the documents show the connection between the the Postal Regulatory Commission (PRC), a regulator responsible for transparency and oversight of USPS operations, and lobbyists for a coalition of package companies that include Amazon and eBay (known as the “Package Coalition”) that have relied on USPS to reduce one of their largest operating costs.

“Unsurprisingly, records show extensive communications between lobbyists for the Package Coalition, PRC regulators and staff on the congressional committees with oversight over postal issues,” the FGI said. “Throughout the released records, the PRC’s regulatory staff appear to be deeply tied to the messaging and legislative interests of the so-called ‘Package Coalition.’ Some of the communications reveal an unusual display of agency deliberations and frankness with a lobbyist representing an interested party. Taken together, the frequent behind-the-scenes communications raise concern about the objectivity and potential for arbitrary decision-making being undertaken at the PRC.”

As the U.S. Senate prepares to consider bipartisan, yet controversial postal reform legislation, document disclosures show what a government watchdog calls a “cozy” relationship between the independent regulator of the U.S. Postal Service (USPS) and the lobbyists working to shape the legislation favorably for their clients.

The Functional Government Initiative (FGI) has stated they initiated numerous Freedom of Information Act requests to examine how USPS and its shareholders are countering competition from the private sector, carrying out efforts to eliminate contraband from its service, and dealing with rising retiree health costs. 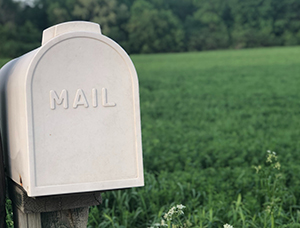 According to a statement from the Functional Government Initiative (FGI), the documents show a connection between the The Postal Regulatory Commission (PRC), a regulator responsible for transparency and oversight of USPS operations, and lobbyists for a coalition of package companies that include Amazon and eBay (known as the “Package Coalition”), which have relied on USPS to reduce one of their largest operating costs.

The Package Coalition is lobbying for legislation that would codify an “integrated network” for mail and packages. In an official corporate message, Amazon has publicly supported the Postal Service Reform Act, specifically measures taken in the bill to eliminate USPS’ existing mandate to pre-fund health benefits for retirees and shift those costs onto the Medicare system.

The U.S. Department of Justice’s Legal Counsel is under investigation for possible involvement in a controversy at the Federal Deposit Insurance Corporation (FDIC).

According to a Jan. 21 press release, the Functional Government Initiative (FGI) announced that it is investigating the Department of Justice’s role in moves by board members of the Federal Deposit Insurance Corporation to challenge the authority of the FDIC’s chair.

The Wall Street Journal reports that Rohit Chopra, a board member of the FDIC who also is the director of the Consumer Financial Protection Bureau, sought a legal opinion from the Justice Department’s Office of Legal Counsel on whether the FDIC chair has to set the agenda for the FDIC, as has been the longstanding procedure and practice.